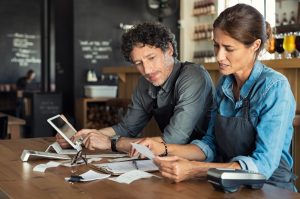 Tax changes in recent years, at least as they have affected the typical SME and SME owners have been largely tinkering, except perhaps in respect of tightening up on rules aimed at property speculation (but which unfortunately go somewhat further then mere property speculation). However now is the time to act. Tax changes need to feature in this week’s Budget, and they need to help business owners.

Below are some ideas of some changes which I have tried to restrict to those things that would be reasonably easy to implement. So for example removing GST from so-called healthy foods, or fresh fruit and vegetables, is not there as I believe this would actually be quite complex in practice.

Some of the ideas may be met with calls that they favour wealthy business owners more than a minimum wage earner – a criticism of many tax reforms which lower the tax burden in this country. But now us not the time for those howls of protest – now is the time when we need to be incentivising and assisting those in our communities who have ideas, skills, and the willingness to take calculated business risks. These are the people that we want to encourage to start a business or expand or improve their existing one: to employ that extra person, start a now product line, enter a new market, invest in new technology, undertake some research and development, and ultimately grow our cake – increase the wealth of this country. Too often the discussion in this country seems to focus on how the cake should be sliced, rather than how we make it bigger for the benefit of all.

Tax has a role in helping grow a bigger cake, so below are some thoughts.

Comment with your thoughts on what YOU think should be in the budget.