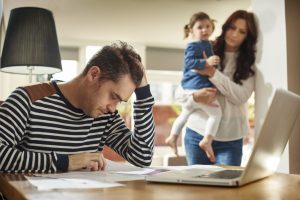 The family ‘unit’ is perhaps the foundation that safe and healthy and contributing communities are built on. It is hard to argue with this. It’s time our income tax system was changed to reflect this, and to put more money back in families’ pockets.

Some countries operate an elective tax system where couples can choose to be taxed as a couple rather than as individuals. In other words they file a combined or ‘joint’ income tax return and often end up paying less tax in total due to the way personal marginal tax rates work, and the ‘averaging’ effect that filing as a couple achieves in many cases. One could make a rational argument that perhaps that taxing option should always have been available in New Zealand given the central importance of the family unit, and also on the basis of the real world economics of the family unit (and I am talking about family in the broad sense here – not the ‘nuclear family’ concept I was taught about at school).

I believe it is time to adopt this approach in New Zealand. Such an approach I think would reflect the reality of how many or perhaps most family units operate. This was the view of Peter Dunne, former Minister of Revenue. In fact he had a bill before parliament which proposed a tax credit for couples with children, which was designed to achieve something along the lines of what I have described above – a family being taxed on its ‘family income’, rather than each individual being taxed on their personal/individual income. Mr Dunne’s bill passed its first reading in 2010 and made it to Select Committee but then made it no further and then lapsed in 2017.

One of the hurdles identified in respect of that bill at the time was that supposedly under the Bill Of Rights Act such a law would discriminate against those not in a relationship with children. Really? Please forgive my ignorance – I’m not a lawyer and I’m certainly no expert on the Bill Of Rights, however to a lay person is that really “discrimination”? If so, is Working For Families also discrimination since it is in part based on the number of children you have – the same issue raised in relation to Mr Dunne’s bill?

Putting that aside, I can think of no good reason why a family with a single income earner earning $100,000 should pay significantly more tax than the same family with two income earners earning $50,000 each. Families with one primary income earner are being overtaxed. Now is the perfect time to fix that, put more money in families pockets, and have the tax laws more accurately reflecting how many families operate.